“Little boxes on the hillside,

Little boxes made of ticky tacky,

Little boxes on the hillside,

Little boxes all the same.

There’s a green one and a pink one

And a blue one and a yellow one,

And they’re all made out ofticky tacky

And they all look just the same.”

If General Mills had their way, Melvina Reynolds would have to edit those lyrics to get rid of the “yellow one” bit.

OK not literally, but cereal makers all over the country definitely would have been singing the blues.  Or the greens or the reds…but absolutely not the yellows. 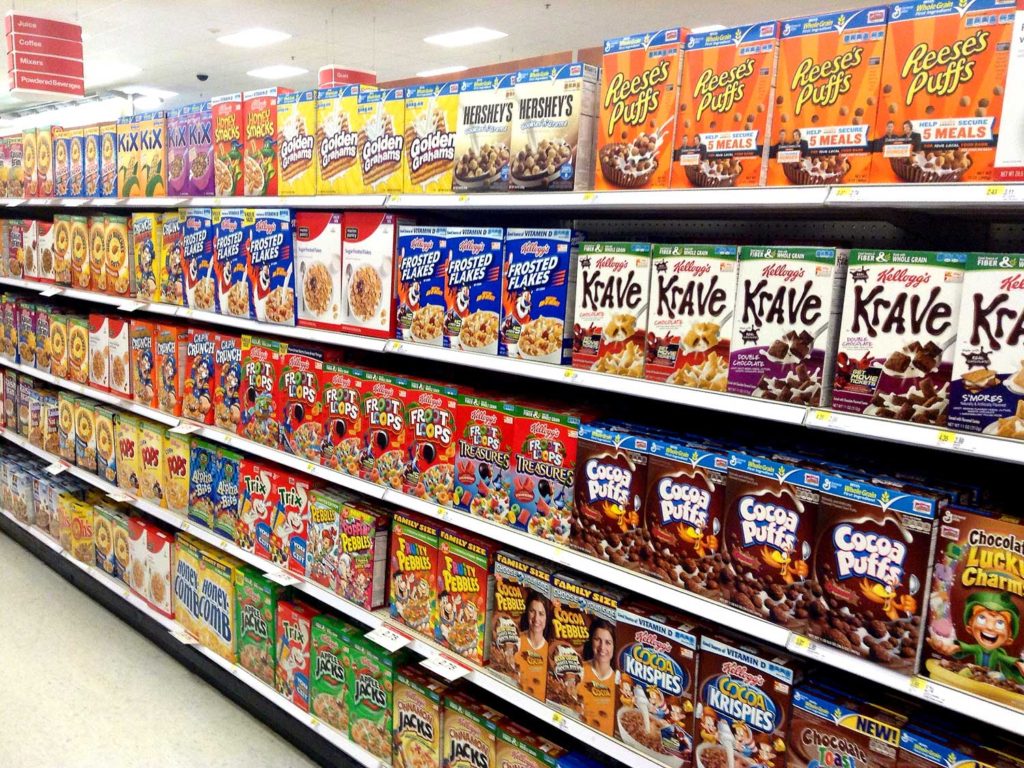 Carnival of Colors in the Cereal Aisle

Attorneys at General Mills must have had Melvina’s song in their heads when they conjured up the brilliant idea to trademark a yellow box.

You read that right.  A YELLOW BOX.

Here’s the picture they submitted with their trademark application:

General Mills’ thinking here was that their Cheerios yellow box is so ubiquitous that cereal consumers naturally and automatically associate a yellow cereal box with Cheerios.  And no other brand of cereal.

If successful, of course, General Mills would have been able to stop any other cereal company from using a yellow rectangular box to hold cereal.

And that should send shivers down your non-GMO no-sugar-added spine.

GM’s US Trademark Examiner Must Have Decent Cholesterol Levels 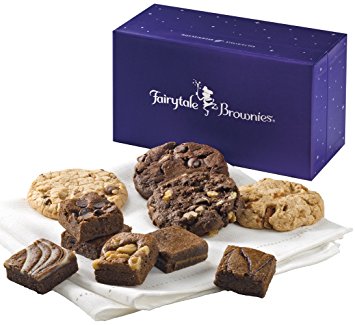 Fairy tale Brownies, Inc., owns U.S. Trademark Reg. No. 3110845 for use of the color purple on packaging of brownies.

The US Trademark Office’s examining attorney must have had those chills when he picked up the General Mills yellow box application.  Either that or he’s a Corn Pops fan.

Not surprisingly, the Trademark Office rejected the yellow box application, partially because of the prevalence of the color yellow on other manufacturers’ cereal boxes.

But the Trademark Office rejected the yellow box application because colors can’t inherently identify the source of a good, unless that association in the consumers’ minds has been acquired over time.

GM also provided copies of the results of an online survey, arguing that GM’s yellow box (without any identifying information “was highly recognized as being produced by [General Mills] and that the color of the packaging was the main reason which caused consumers to identify it as being produced by [General Mills].”  (CITE: U.S. Trademark Appl’n. No. 86757390, Office Action Response at 4 (May 18, 2016)).

The Trademark Office wasn’t buying what GM was selling, though.  The second rejection included a list of23 other retail products that use a yellow box to sell toroidal oat-based cereal.

GM Loses on Appeal…Thanks to a Missing “S”?

GM appealed to the Trademark Trial & Appeal Board (“TTAB”), arguing that “consumers have come to identify the color yellow, when used in connection with the goods, comes [sic] from not only a single source, but specifically the Cheerios brand.”

Unfortunately, General Mills’ survey evidence did not support that claim.  While the numbers appeared at first glance to demonstrate that consumers do identify Cheerios as being sold in a yellow box, the TTAB took GM to task for the phrasing of the actual survey question.

To be valid, a US trademark must be able to identify a good with the source of that good.  It is not enough that the mark identifies a possible source of a good.

And this is where GM’s survey stumbled.

GM’s computer-administered survey of 419 consumers showed them the yellow blank box, and asked:

If you think you know, what brand of cereal comes in this box?

The survey participants were allowed to respond freely in a text box, or they could check a button to state “I don’t know.”

Additional survey questions consistently referred to “brand” in the singular, rather than “brands” in the plural.

The TTAB hammered GM for the phrasing of the survey question, stating: the “singular use of the word ‘brand’… indicate[s] by their terms that a singular answer to the…question is expected.”

Consistent with that criticism, only 3 of the 419 survey respondents (less than 1%) provided more than one brand name to the survey question.

As a result, the TTAB essentially ignored all of GM’s survey data, concluding that the survey was unlikely to show “whether subjects believed the color yellow was associated only with the maker of the Cheerios brand.”

What Could Have Been…Or Not

In a previous article published in Packaging World (https://www.packworld.com/article/trends-and-issues/regulatory/how-packaging-leaves-its-mark), I suggested that rephrasing the survey to ask respondents which “brands” of cereal might be provided in the yellow box would have cured GM’s problem.

But the reason GM phrased the question in the singular might be apparent from the rest of the TTAB’s decision.  Unlike the situations where US trademarks were awarded for colors used to promote other products—like fiberglass insulation, brownies, and mobile phone network services—the TTAB noted that the dry cereal market is flooded with products shelved side-by-side in brightly colored boxes, many of them including yellow just like the “iconic” Cheerios box.

Randy Micheletti, an experienced USPTO-registered patent attorney, founded Incubate IP specifically to help startup companies succeed. Contact Incubate IP at 312-600-5412 or through its website for a free custom intellectual property needs assessment. Yep I’m an attorney. But while this post obviously contains wildly valuable information, it is not legal advice you should act upon. Always sit down for a chat with an attorney before implementing an intellectual property strategy to protect your ideas.

We help secure your innovations, determine its intangible value, and open up new revenue streams.